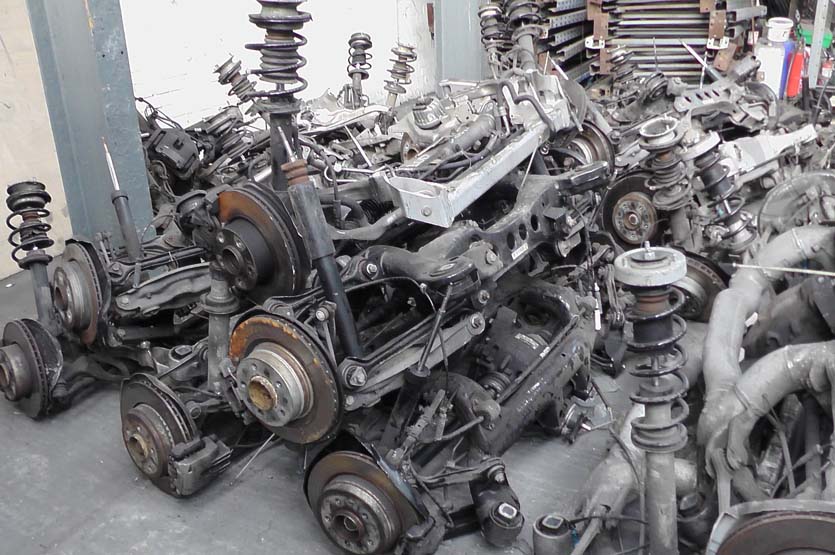 Your Overland vehicle is one of your most valued possessions – and a tempting target for thieves. Overlanded looks at how to stop the jerks from ruining your day.

Having your Overland vehicle stolen, or broken into can be quite traumatic and expensive. And even though you can never eliminate the risk, you can reduce your chances of being targeted. We spoke to the police, security specialists and an insurance company about what you can do.

What we found is they all agreed on three simple steps you should take; don’t tempt thieves, make your vehicle a hard target, and get yourself insured. Here’s how to do all that and more.

THE RISK
There are three broad types of thieves out there. The rank amateurs are opportunistic criminals who’ll see a chance and take it, or steal when they need money, often while under the influence. Or they could just see an open vehicle with a tempting little valuable like a GPS receiver momentarily unattended. Don’t give them the chance to be tempted, and they’ll quickly move to easier opportunities.

Further up the scale are the professionals who make a living from crime, and who are considerably better organized and skilled. These guys can get into pretty much any vehicle, but again they will look for the easier targets with obvious payback. The lowlifes who do whatever it takes are the professional car thieves who steal to order. These pros will hunt out a specific vehicle, monitor the owner, plan the theft and take it, on a flatbed truck if necessary.

And what are all these thieves after? Perhaps the entire vehicle, especially if it’s an expensive one. They could be looking for transport. Or a bit of fun. Or the contents, and it doesn’t need to be an expensive set of tools. Remember, it is virtually no effort to pick up a brick and lob it through the window so the “they wouldn’t bother with that” attitude will lead to a surprise on your return.

Crime happens for all sorts of reasons, and everyone, every vehicle, is at risk.

PREVENTION
There’s a lot you can do to prevent that heart-wrenching feeling when you return to your vehicle and it’s been stolen or broken into.

• Parking
Everyone we spoke to recommends parking in busy, well-lit areas. Thieves don’t like to be seen, or disturbed.

• Valuables on display
Keep a clean car. Very clean. Cars have been broken into for coins in the center console, a pair of sunglasses, or even a couple of CDs. Your prized Leatherman tool is most desirable to a thief.

• Think about who’s watching you
You get to your destination, and decide to hide your laptop and camera gear. As you open the back door guess who’s observing and who knows for sure which car has the goods. If you do need to hide gear – and you should, stop a block or two away, hide it somewhere in the vehicle, then drive on. Better still, remove it entirely and take it with you.

• Secure your keys
We thought this was obvious, but apparently people put their keys on the top of their tires and go for a jog. Take the keys with you. And because today’s hi-tech security systems may defeat many thieves, they’re simply breaking into houses, gyms and offices and stealing the keys directly instead.

• Where do you keep your keys when you’re not in the house?
Don’t think of them as keys. Think of them as a wad of cash equivalent to your vehicle’s worth. Now, would you leave $50k lying around? Most thefts of vehicles with immobilizers are because the thief managed to get ahold of the keys.

• Secure your vehicle
Inatall a quality immobilizer. Install a quality alarm. Yes, nobody may come running to your vehicle with the alarm going off, but trying to burgle a car with a 116db siren blaring away is a lot harder (and more painful) than doing so in complete silence. Quality alarms do help.

• Remove accessories
People have had winches stolen off bullbars. Now there’s only so much you can do to be practical, but the simple matter is, the more the visible accessories on the vehicle, the greater the chance of a ripoff. GPS antennas, UHF aerials, spotlights… all are potential targets. What about that lovely 35m of expensive synthetic rope? What’s to stop someone flicking into free spool and wandering off with it? Do you carry two spare tires? Why bother, around town? Drop one, reduce the risk and also your fuel consumption. While we’re on tires, cheap road tires on steel are less tempting than high-value off-road tires on alloys.

Put locknuts on your off-road lights. Otherwise, these are easy prey for thieves. Nothing’s going to stop a determined criminal, but there’s no need to make it easy for them. If you can’t take accessories off, at least try and secure them.

• Other security devices
Car theft prevention cameras, wheel locks, steering locks, locknuts on the wheels and the off-road lights… they all say to the thief “choose an easier target.” Remember, every second the thief has to spend circumventing security devices is another potential second that they could be spotted.

• Common sense
Think like a thief, think about the situation. Is there somewhere better to park a few moments walk away? That sticker on your vehicle that promotes that expensive bit of recovery gear. Wouldn’t that lead a thief to think it’d be inside the car? Who could be listening to your cell phone conversation about “being back later in the day?”

IF IT HAPPENS
Even if you follow all the rules you can still get ripped off.

Here’s what to do:

1. Be sure it’s not parked somewhere else. Many times, a car is reported stolen but it turned out to be misplaced. Don’t forget where you parked.

2. Don’t clean up. If the car has been broken in to, you instinctively want to clean up the mess, remove all the traces. Don’t, because you’ll make the investigator’s job much harder. Thieves have even been known to drop tools during a job, and owners to sweep them up into their own toolboxes without knowing.

Even with all of that, don’t hold out too much hope. Vehicle recovery rates can be good, but the chances of recovering theft of contents is much lower. Better to prevent it if you can, and insure it for the worst case.

What to look for in an alarm:

• Sensitivity. Not too sensitive, as you don’t want it going off in the wind or if the local cat decides to use your car as a playground.

• Ingress. All openings should be monitored; all doors, hood, trunk, truck cap, etc.

• Impact sensors, so if a window is broken the alarm is triggered.

• A LOUD siren that runs on a backup battery so if the thief rips the car’s battery terminals off he’s still being deafened. And for Overlanders, make sure the siren is waterproof, and can operate in temperatures from below freezing to well beyond the hottest desert temperatures (remember it’s even hotter in the engine bay).

• If you have a pickup, can it also monitor the tonneau cover if you have one, or even a lockable toolbox? Some can, some can’t.

VEHICLE TRACKING
There are a few systems that track stolen vehicles.

1. A theft is notified to the services tracking office, which works 24×7. This may be via the owner calling up, or the systems in the car may detect an intrusion, in which case the owner is immediately called.

2. If the vehicle is stolen, the service tracks it. The tracking system is often GPS, but sometimes a special radio signal, which is doesn’t require the line of sight to satellites that GPS does. The position information is sent back to base by GSM (mobile) or a radio network. While the radio network is better for suburban areas, GPS is worldwide.

3. The service can see where the car is, and can vector police in to intercept it.

4. If police have a visual contact with the vehicle, it can be disabled, for example at a red light. This is only done if the police have a positive visual, as there is a slight delay by the time the vehicle moves to when the operator sees it and reacts; and given the 0-100 times of vehicles these days, you need to be certain about shutting a car down when there is a thief inside it!

These systems also offer a standard alarm and immobilizer. Other features include an SOS button – handy if you’re the subject of some unwelcome attention, another button for “roadside assistance, please”, remote unlocking if you manage to leave your keys inside, and even a battery monitor: “Hello, sir, this is your monitoring service? Seems your battery is running low, has sir left his lights on this morning?”

IMMOBILIZERS
Immobilizers have done more to reduce vehicle theft than anything else on the market. Get one.

This is what they do:

INSURANCE
Overland vehicles aren’t your typical street vehicle, and typical vehicle insurance may not cover what you have done to your rig or what you do with it.

Here’s what to look for:

• Check with your insurance agent to find out if your policy covers the vehicle when it’s off-road. You may need to get a special policy that covers theft of your vehicle or gear during “adventure time”.

• Accessories and modifications. Get them covered. If you don’t let your agent know about each and every one, your policy may not cover everything.

• Agreed value, because the cost to you to replace a modified Overland vehicle is usually more than the money you’d get if you sold it. Within a certain limit agreed value will be accepted over the phone, over the limit an insurance assessor may need to be involved.

• Camping equipment and contents insurance (may be an extra premium). Most policies cover very little of what’s in your vehicle, maybe only $300 maximum with any one item only $150. Is your roof top tent covered by your current insurance policy? You should find out before it’s too late.

• Choice of repairer. You don’t want to take your Overland vehicle to any old body shop.

STATS
Vehicle theft is decreasing, as immobilizers make vehicles harder to steal. In 2018 nearly 750,000 vehicles were reported stolen, 3.1% less than in 2017. About 50% were recovered, but not necessarily recovered in the condition they were stolen in! However, while total thefts are decreasing, the recovery percentage is also decreasing, as while immobilizers and better security are working against the opportunistic thief, the professional’s operations are less affected. These figures are for theft only. The break-in-and-steal activity figures are not released and these would be much higher.

And the most popular target? Five out of the ten most stolen vehicles in America are (potential) Overland vehicles. Pickups are the most stolen body type in thirty of all fifty states.

VEHICLE IDENTIFICATION
If your car is stolen for profit, it needs to be sold. Criminals need to change the identity of a vehicle, and they do this by several means, including using details from an identical car in another state (cloning), using the ID of a written-off vehicle (re-birthing), selling the parts or just shipping it overseas. Whatever the method, identification is important. Several companies are turning to DataDots, discs about the size of a grain of sand, which are brushed onto vehicle components. New, high-value cars from Lexus, BMW, VW, Volvo and Subaru have thousands of DataDots on them encoded with the vehicle’s VIN, making life much harder again for the thieves.

In conclusion, be smart, be vigilant be proactive, be prepared. Do your best to prevent theft from happening but if it does, decrease the overall loss by having the proper coverage. 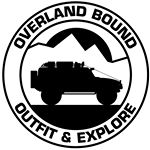